The very first white wedding dress was worn in 1499 by Anne of Brittany, as she married Louis XII of France. Prior to this date, the bride would traditionally wear her best dress to her wedding, and in fact, the color did not matter. This was of course a more practical option because the bride could wear the dress again. The truth was that only the wealthy could afford an extravagant gown that would be worn just once. The trend of wearing a white dress never really took off until the 1840’s when Queen Victoria wore a white dress as she married Prince Albert. 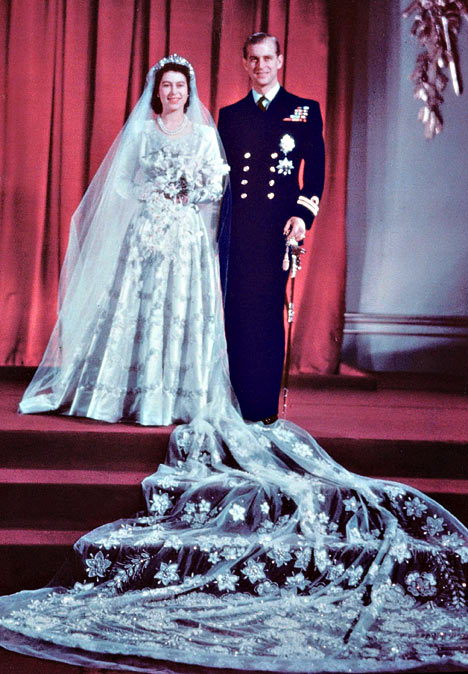 Every culture is different.  Here’s an interesting fact: in Japan, a bride wears white to symbolize that she is in mourning for having to leave her family. Later in the ceremony, the bride will change her costume several times to reflect her changing identity.

In Western culture, it’s a common misconception that wearing white is a symbol of the bride’s purity; it is in fact meant to be a symbol of joy.  The act of wearing a white wedding dress is still very much the traditional choice today, however, symbolically, they are less about the bride’s purity and more about her debut as a first time bride.

In case you missed it, be sure to read our last entry featuring Wedding Traditions and History: The Wedding Cake!

From weddings to social events, private parties and joyous occasions, Stacy McCain Event Planning works closely with clients to create an unforgettable experience not only for them, but also for their family and friends.